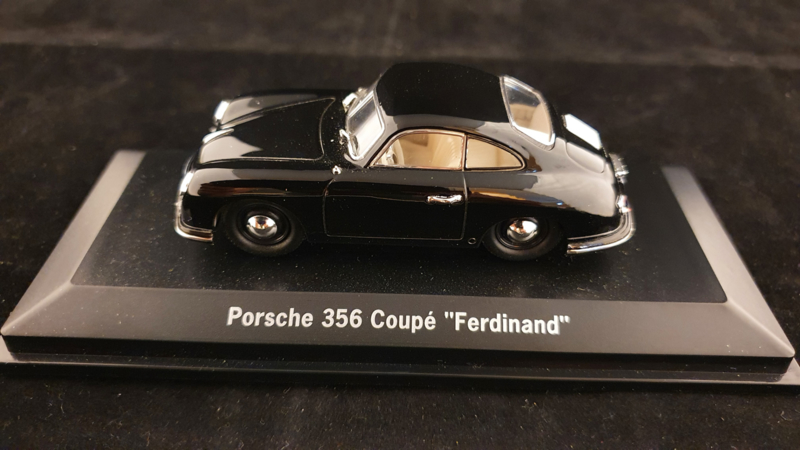 In 1950 Porsche inaugurates its new factory in Zuffenhausen to continue production of the Porsche 356, previously assembled in Gmünd, Austria. The first 356 comes out of the chains of the workshop on Thursday Saint of 1950. The 75th anniversary of Ferdinand Porsche is September 3, 2016: it is celebrated in Stuttgart at the Solitude castle. Ferdinand Porsche receives a pre-A Porsche 356 Coupé Black as a gift.

After his death a few months later, this Porsche 356 is nicknamed "Ferdinand" in tribute to the late professor, but also because tradition is to give a nickname to the cars used for testing. And tests, this Porsche 356 will do: rolling tests last 4 years and 400 000 km, during which many new technical developments are developed, such as the radial tire and steering rack.

Today, the Porsche 356 coupe Ferdinand is shown at the Porsche Museum in its original black color.

The Porsche 356 lacks the cardboard box and the plexi hood

Porsche There is no substitute