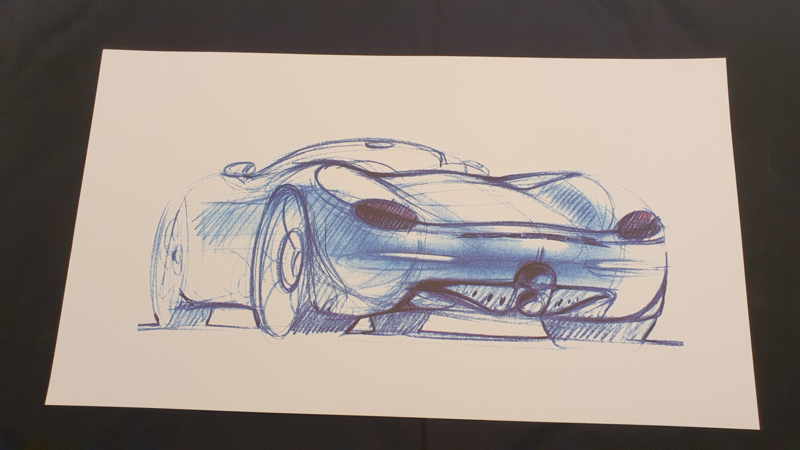 The Porsche Boxster celebrates its 25th anniversary. The name Boxster has been an amalgamation of the words "boxer" and "roadster".

The designer remembers how it all came about: "In October 1991 – I was responsible for the further development of the design department – I visited the Tokyo Motor Show. Audi presented the Avus Quattro concept car. At the end of 1991, the series development of the Boxster and the 996 already took place in other areas, and we decided to build a show car. I had complete freedom with regards to design. All designs were produced as 2D drawings. So not on a screen like today. "

"My boss, Harm Lagaaij, really pushed me on the design, especially in terms of the detailed shapes. We were lucky enough to be able to call on Peter Müller, a fantastic modeller. Instead of using coordinates in the usual way, he only worked with my drawings. Freehand, as it were. Originally we planned to present our concept car in Geneva in the spring of 1993. But we decided to present as early as January 1993 in Detroit because we didn't want to waste time.

With the design of Larson's Boxster concept, Porsche stayed close to the technical development of the earlier Spyder, Speedster and Roadster sports cars, and deliberately included references to the 550 Spyder and the 718 RS 60 from the 1950s.

The mid-engine concept, the short overhang of the bodywork at the rear, the front that extends far beyond the front axle and centrally placed exhaust exhaust: these were all characteristic features of both the ancestors and the concept car.

Distinctive air intakes and air outlets were important design elements, as were the headlights with innovative lighting technology and also the taillights and direction indicators. The interior is designed to match, with metal painted in the exterior color used on the door panels, instrument carrier and center console.

The concept for the Boxster was such a hit – both with the public and the wider car world – that it stopped the development of the car. Larson explains: "Shortly after the presentation in Detroit, we were commissioned to stop the design development of series for the Boxster immediately. The instruction instead was: "Please build the concept exactly so"." 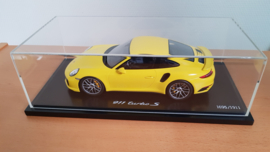